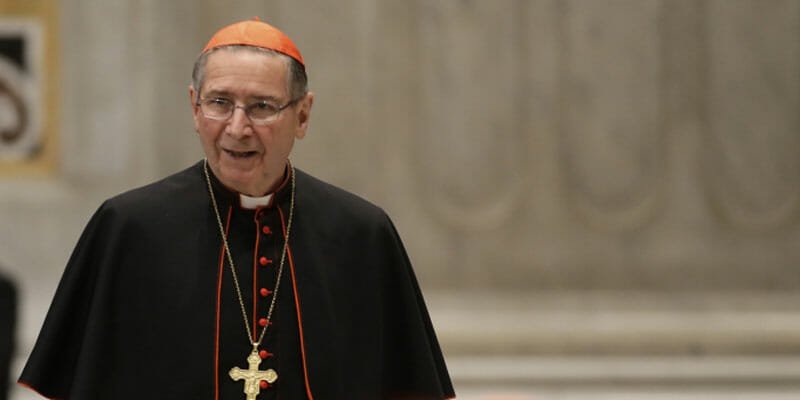 Will Los Angeles revisit the Cardinal Mahony file in light of Bishop Bambera’s action in Scranton?

In the maelstrom of news on sexual abuse, it may not be immediately noted for the significant step that it is, but the decision of Bishop Joseph Bambera of Scranton, Pennsylvania, to “permanently restrict” his predecessor, Bishop James Timlin, “from representing the Diocese of Scranton at all public events, liturgical or otherwise,” will have repercussions, ones that might echo loudly on the West Coast.

After the Pennsylvania grand jury report, some particularly egregious cases that happened on Bishop Timlin’s watch (1984 to 2003) came to light, including one of a priest who impregnated a teenage girl and then paid for an abortion. The priest resigned in 1986, but then was returned to ministry in 1987, with Bishop Timlin advocating for him. The priest remained in ministry until 2002, when he was removed.

While Bishop Bambera noted that “it is unfair to judge past actions against present-day standards,” he applied the maximum restriction a bishop can apply to his retired predecessor, namely to restrict his ability to “represent” the diocese. Any further restriction of a bishop’s ministry can only be taken by the Vatican; Bishop Bambera has referred the Bishop Timlin case to the Congregation for Bishops to see if any further action should be taken.

Given that Bishop Timlin has been retired for 15 years, it is unlikely that any further sanction would be imposed, as he has no current ecclesiastical authority or assignment.

Almost all of Bishop Timlin’s service as bishop predated the “Dallas Charter” of 2002. It is not suggested that, after the passing of the charter, he did not abide by it. However, Bishop Bambera’s action raises the question: Should bishops who served before the Dallas Charter be held, in effect, to its standards, even though the law of the Church did not require them to act as it does now? A broader argument could be made that canon law included adequate tools even then to punish priests, and the failure to do so was a significant failure in episcopal governance; a failure significant enough to justify action even all these years later.

There is a growing consensus in Pennsylvania that there should be some sanctions for the former bishops who served during the period of the grand jury report, 1947-2017.

The Diocese of Harrisburg has decided to remove the names of former bishops from all diocesan buildings, going back to 1947.

In Pittsburgh, the name of Cardinal Donald Wuerl, who served as the bishop of Pittsburgh from 1988 to 2006, has been removed from a school, with his agreement.

In Baltimore, plans to name a school after Cardinal William Keeler, the bishop of Harrisburg from 1984 to 1989, have been canceled.