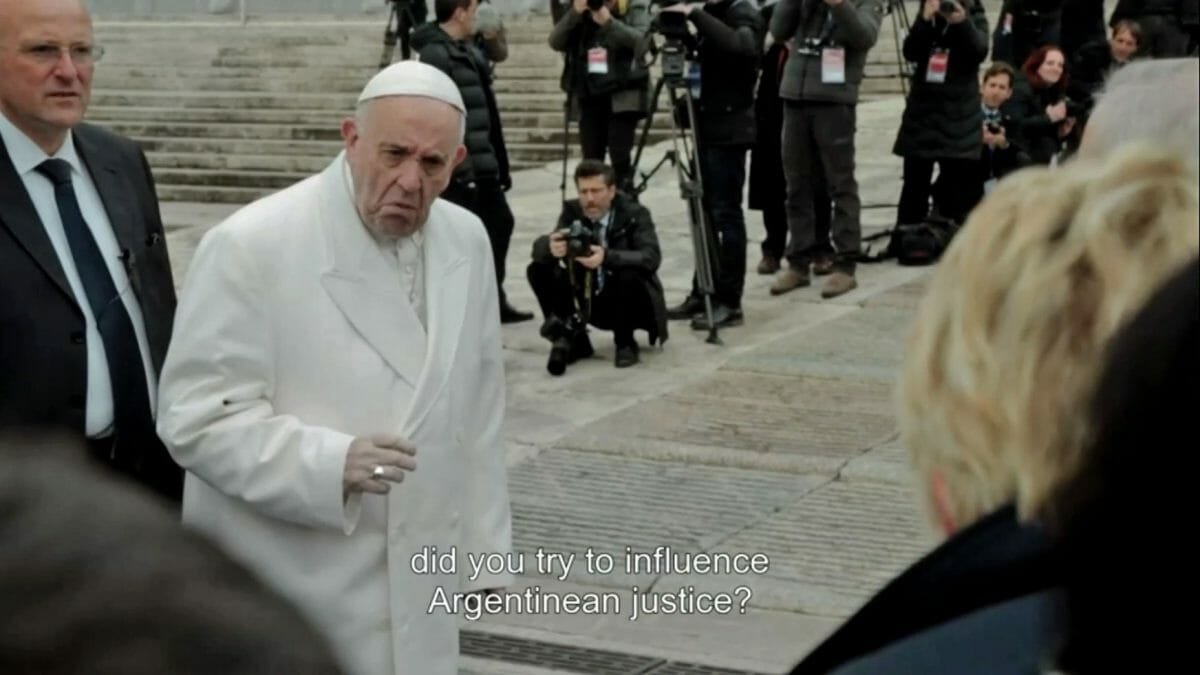 German national TV channel ZDF is rerunning a 2017 documentary produced by Martin Boudat that claims that Pope Francis, as Archbishop Bergoglio of Buenos Aires, ignored cries for justice from abuse victims in his diocese. The documentary is now gaining traction in the fallout of Archbishop Viganò’s testimony that the Pope covered-up the abuse of now ex-Cardinal Theodore McCarrick.

Sign the petition asking Pope Francis to respond to these allegations.

The documentary also claims that then-Archbishop Bergoglio, prior to becoming the pope, participated in the unsuccessful defense of a priest accused of abuse. That priest has now been imprisoned for 15 years after he was found guilty of sexually abusing children.

Now, in light of the Viganò report, the documentary by Martin Boudot has been aired again and is now making the rounds in the German-speaking world. The documentary, titled “The Silence of the Shepherds,” won the 2017 Prix Europa for best European documentaries. It is available in the U.S. under the title “Sex Abuse in the Church: the Code of Silence.”

The documentary makes the case that many priests accused of sexual abuse were merely transferred by their bishops to other countries so as to avoid prosecution. The second half of the documentary highlights Archbishop Jorge Bergoglio’s own conduct in Buenos Aires.

The film quotes a 2010 book titled in French Sur la terre comme au ciel (On Heaven and Earth) written by both Jorge Bergoglio and Rabbi Abraham Skorka. In this book, Bergoglio stated that in his diocese there were no pedophile priests, according to the film.

LifeSiteNews found that specific quote on page 50 of the English version. Here is what Jorge Bergoglio as archbishop says when speaking about pedophile priests:

“Now, when it happens, you can never turn a blind eye. You cannot be in a position of power and destroy the life of another person.” “In my diocese it never happened to me,” Bergoglio added. He then described what counsel he once gave to a fellow bishop who had such a case. “I told him to take away the priest’s faculties, not to permit him to exercise his priestly ministry again, and to initiate a canonical trial.”

When Bergoglio became Pope Francis in 2013, he appears to have ignored his own advice. This is evidenced in the case of known-child molester Fr. Mauro Inzoli, whom the Pope, against the advice of Cardinal Gerhard Müller, reinstated giving back to him some of his priestly faculties.

The documentary reveals, however, how Bergoglio himself, when writing his 2010 book, had indeed had such a case of a pedophile priest in a neighboring diocese and that he was intimately involved in the case. It is the now-infamous Father Julio César Grassi who has been imprisoned for 15 years because of his abuse of children who were entrusted to his care in the “Happy Children Foundation” orphanage.

The documentary highlighted six alleged victims of abuse who all claimed that then-Archbishop Bergoglio never answered their own specific complaints when they wrote to him as the archbishop of Buenos Aires.