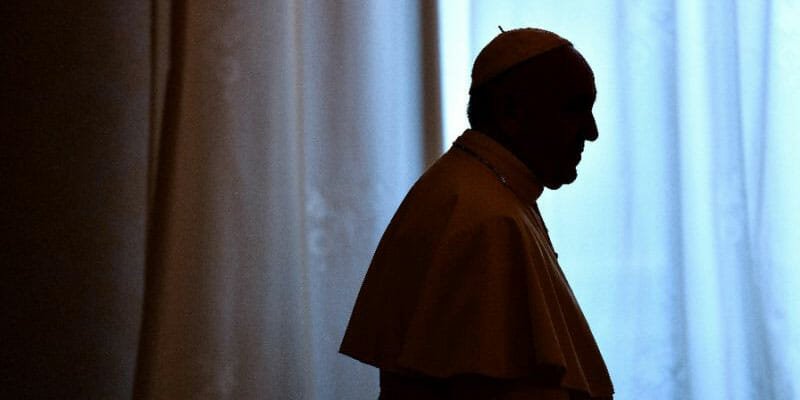 The month of August opened with a bang—and closed with a nuclear detonation. On August 2nd the world learned of Pope Francis’s disdain for the witness of Scripture and the ordinary and universal magisterium of the Church on the death penalty as he took it upon himself to “develop” into oblivion over 3,000 years of Jewish and Christian teaching. On August 25th the world learned of Pope Francis’s disdain for justice, victims of abuse, and the eradication of the homosexual elite. In the space of a single month, Catholics beheld the prodigy of a pope who neither guarded orthodoxy of doctrine nor protected the faithful from the predation of wolves.

We knew it was bad before, but something has changed. Comparisons are not easy, but I suppose it would be like thinking your country is ruled by Mussolini and discovering it is actually ruled by Stalin. Before Viganò, people could persuade themselves to believe with faint and remote hope that Bergoglio might “come around” and do something about the sexual abuse crisis exemplified in McCarrick, that he might “wake up” to the gravity of the situation and respond as befits the Vicar of Christ. Now, it appears that he himself is the enabler, the patron of criminals, the head of a religious Mafia that has occupied the vineyard of the Church.

There are, it is true, some people who reacted with “I knew it all along! From the very day he stepped out on the balcony of St. Peter’s…”—and it could be that they were gifted with a preternatural intuition. I was uncomfortable from the very first Angelus address in which he praised the theology of Walter Kasper. There are also those, who, like olympic ostriches practicing the sport of extreme head-burying, continue to defend the pope at all costs (including the cost of their intellectual honesty).

As such, it is also a moment of decision: decisions about who we are and what we believe as Catholics, how we will relate to wolves in shepherd’s clothing, where we will turn for truth and salvation, and why we will remain faithful in spite of the infidelity of those who were graced by God with the office of teaching, governing, and sanctifying.