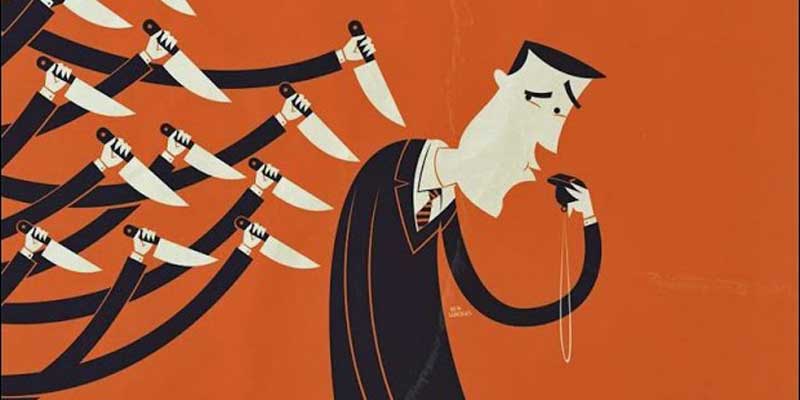 In the current phase of the Church’s crisis, we are focusing as much or more on the enablers of abuse, than on the abusers themselves. It is time we thought about them, because it removes the comforting impression that a ‘few bad apples’ could be ejected from the priesthood and all would be well. As is sometimes pointed out, perhaps 4% of priests were sex abusers. The problem is the general ethos and culture which enabled them to carry on their abuse, and the superiors systematically protected the abusers. Never mind the 4% of priests: it is the 60% or 80% or more of bishops and religious superiors who harboured sexual predators and provided them with fresh opportunities for abuse. It may be that most of the priest-abusers have died or been laicised by now, but their hierarchical enablers, few of whom had to face up to their crimes when the clerical abuse became a big story in 2002, have continued to flourish. This is an indication that, even if stricter reporting procedures have had a restraining effect on sexual predation by priests since 2002, the ethos and culture which made the abuse possible is still largely intact.

What is this culture? I have in previous texts tried to go beyond a superficial understanding of it with the help of two perspectives: first, the classic account of how conformism can distort an individual’s behaviour, and how it can take over an organisation; and second, the way that the rejection of the Church’s teaching on sexuality has destroyed the hierarchy’s ability to respond appropriately to cases of abuse. In this post I want to consider things from a third perspective, which is connected with conformism: the pattern of abuse-enabling.

Eleven months ago I was defending the ‘Filial Correction’, and wrote this about some of its critics:

Something profoundly worrying about criticisms of the signatories of the Correction specifically for speaking out about problems which every informed Catholic already knows about, is the mindset it reveals, one focused not on the truth, but on appearances. It is strongly reminiscent of the mindset at work in abusive families, where children are taught to pretend things are all right, when they are not: certain topics are not to be broached, certain facts are not to be referred to. This attitude can be enforced not by the abusive parent directly, but by other family members who are trying to keep up appearances and hold the family together. It is nevertheless profoundly unhealthy, and indeed is linked to psychological disorders in the children.

We should fear any such attitude, however well-intentioned, invading the Church. If there are problems, we should talk about them, and not pretend they do not exist.

It is natural to ask whether, since Cardinal McCarrick was himself a sexual predator, those who defend him, and often had such long associations with him, are or have been sexual predators as well. It is after all very possible. But even if some are, I expect most are not. They stand in relation to McCarrick as many family members stand in relation to an abusive parent. They desperately try to protect him, not because they approve of what he does, but because they are terrified of the consequences of it all coming out. They are frightened that the exposure of the abuser will destroy the family.