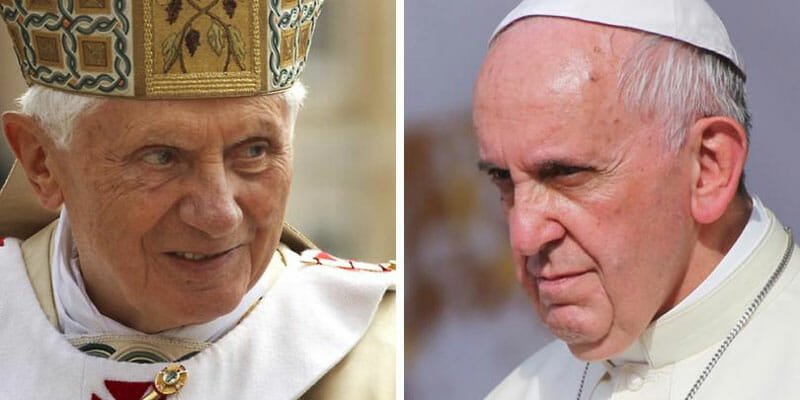 Archbishop Carlo Maria Viganò has spoken out from an undisclosed location in response to attempts to discredit his 11-page testimony implicating Pope Francis and several senior prelates in coving up Archbishop Theodore McCarrick’s abuse of seminarians and priests.

In an interview this week with Aldo Maria Valli, an Italian journalist who helped Viganò plan the publicatin of his statement, the former U.S. Nuncio pushed back on claims that he was motivated by revenge. Instead, he insists he spoke out because “the corruption has reached the top levels of the heirarchy of the Church. ” He also asks journalists why they are not investigating what happened to the “cache of documents” that Benedict XVI delivered to Pope Francis after his election, documents which may confirm the allegations made in his testimony.

Here below we publish a LifeSite translation of the interview with Archbishop Viganò, which originally appeared on the blog of Aldo Maria Valli.

Monsignor, how are you doing?

Thanks be to God very well, with great serenity and peace of conscience: it is truth’s reward. The light always conquers the darkness. It cannot be suppressed, especially for those who have faith. Therefore, I have great confidence and hope for the Church.

What is your take on the reactions to the publication of your memorandum?

As you know, there are opposing reactions. There are those with nowhere else where to draw poison to destroy my credibility. Someone has even written that I was hospitalized twice for compulsory treatment for drug use. There are those who imagine conspiracies, political conspiracies, all sort of plots, etc. But there are also many articles of appreciation and I have seen messages from priests and faithful who thank me because my testimony brought them a glimmer of new hope for the Church.

How do you resond to those who are now objecting that you are motivated by personal resentment towards the Pope, and that is why you decided to write and circulate your memorandum?

Perhaps because I am naive and accustomed always to think well of people — but especially I recognize that it is a gift that the Lord has given me — I have never had feelings of revenge or held a grudge in all these years I have been tested by so much slander and falsehoods spoken against me.

As I wrote at the beginning of my testimony, I had always believed that the hierarchy of the Church would find in itself the resources needed to resolve all the corruption. I also wrote it in my letter to the three cardinals appointed by Pope Benedict to investigate the Vatileaks case, a letter that accompanied the report I gave to them: “Many of you knew, but remained silent,” I wrote. “At least now that you have been given this assignment by Benedict, have the courage to report faithfully what has been revealed to you about so many situations of corruption.”

Why did you decide to have your testimony published and circulated?

I spoke out because at this point the corruption has reached the top levels of the heirarchy of the Church. I ask journalists: why are they not asking what ever happened to the cache of documents that, as we all saw, Pope Benedict had delivered to Pope Francis at Castelgandolfo? Was it all for naught? It would have been enough to follow my report and verbal testimony that I made at my desposition before the three cardinals charged with investigating Vatileaks (Julian Herranz, Jozef Tomko e Salvatore De Giorgi) to begin to clean up the Curia a bit. But do you know how Cardinal Herranz responded me when I called him from Washington, given that so much time had passed since this Commission had been appointed Pope Benedict and still no one had contacted me? At the time we were on familiar terms and I told him: “Don’t you think I have something to say on the topic of my letters, which were published without my knowledge?” He replied: “Ah, if you really want to.”

How do you answer those who say that you are the mole [the equivalent of the Italian “corvo,” meaning “raven” or “crow”] or one of the “moles” behind the Vatileaks case?

Me, the mole? As you have seen by my testimony, I usually do things in the light of day! At the time, I had been in Washington for quite a while and I certainly had other things to think about. On the other hand, it has always been a habit of mine to immerse myself completely in my new mission. This is what I did when I was sent to Nigeria: I didn’t even read Italian news any longer. So much so that, after six years, when I was recalled to the Secretariat of State by Saint John Paul II, it took me a few months to re-orient myself, even though I had already been in the Secretariat of State for eleven years, from 1978 to 1989.