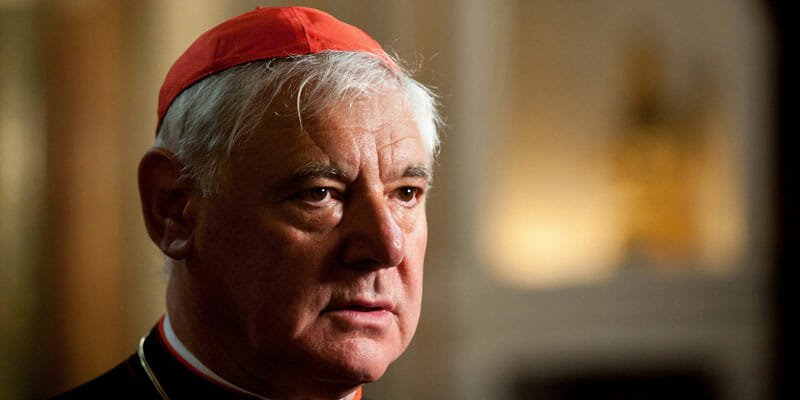 A highly placed Vatican source told LifeSiteNews that Cardinal Gerhard Müller, together with his much-experienced three CDF priests, were dismissed by Pope Francis because they all had tried to follow loyally the Church’s standing rules concerning abusive clergymen. In one specific case, Müller opposed the Pope’s wanting to re-instate Don Mauro Inzoli, an unmistakably cruel abuser of many boys; but the Pope would not listen to Müller. In another case, the Pope decided not to give a Vatican apartment to one of Müller’s own secretaries, but to the now-infamous Monsignor Luigi Capozzi, in spite of the fact that someone had warned the Pope about Capozzi’s grave problems. The Vatican source also said that it was known to several people in the Vatican that some restrictions were put on Cardinal McCarrick by Pope Benedict XVI, and he thereby confirms Viganò’s own claim.

When LifeSiteNews reached out to this very trustworthy and well-informed Vatican source, asking him about the then-breaking Viganò story and the archbishop’s allegations that Pope Francis knew of McCarrick’s habitual abuse, he answered: “Cardinal Müller [as Prefect of the Congregation for the Doctrine of the Faith (CDF)] had always decidedly and most sharply followed up on these abuse cases, and that is why he was dismissed, just as his three good collaborators [the three CDF priests] were also dismissed.”

In my follow-up with this source, he again explained that Cardinal Müller, as the Prefect of the Congregation for the Doctrine of the Faith, had always been loyally following the Church’s laws with regard to abuse cases, for the handling of which the CDF is responsible. According to the source, Müller also “resisted” Pope Francis in 2014 when he wanted to re-instate the serial molester of boys, the Italian priest Don Inzoli, allowing him to perform some functions of the priesthood. In opposition to Müller, “the Pope decided differently,” the source continued. That is to say, Pope Francis did not follow Cardinal Müller’s advice.

In 2012, Inzoli had been found guilty by an ecclesiastical court of abusing boys as young as 12 even in the confessional. He was then suspended a divinis, barring him from all priestly functions. The historian Henry Sire says in his book The Dictator Pope that in 2014, the Pope “followed an appeal by Inzoli’s friends in the Curia, Cardinal Coccopalmerio and Monsignor Vito Pinto” and he reduced the priest’s penalty to a “lifetime of prayer.” Inzoli, however, was then also ordered “to stay away from children, [while] giving him permission to celebrate Mass privately.” In 2015, however, as Michael Dougherty reported, Inzoli was already participating again at a conference on the family in Lombardy, Italy. This scandalous case only came to public because an Italian court tried and sentenced Inzoli to four years and nine months in prison, a grave public fact that the Vatican could not responsibly ignore. Inzoli was found guilty, in 2016, of more than “a hundred episodes,” explains Henry Sire. In response to this shocking news, “the Vatican initiated a new canonical trial.”

As Dougherty also commented, it is obvious that the Pope bypassed the CDF, and with it Cardinal Müller, when dealing with abuse cases: “In any case, on abuse, the justice dealt out by Müller’s CDF seems to be too harsh for the pope and his allies. And so, the pope hopes to render the CDF irrelevant in these cases.”

It is interesting to note that Cardinal Müller himself was dismissed by Pope Francis without any advance notice at the end of June 2017, only one month after the cardinal had for the first time publicly criticized the Pope. In a 25 May interview with EWTN’s Raymond Arroyo, he had confirmed publicly an earlier report which first was published by Marco Tosatti, according to which the Pope dismissed three of Müller’s best CDF priests, and this again without any prior notice or explanation. “And I am the pope, I do not need to give reasons for any of my decisions. I have decided that they have to leave and they have to leave,” are the Pope’s explicit words as reported by Tosatti.

Müller himself commented on 25 May upon this sudden dismissal of some of his best collaborators with the words: “This is true that I am in favor of a better treatment of our officials in the Holy See, because we cannot only speak about the social doctrine and we must also respect it, and the Pope himself said we (have) some old behaviors of the courts and I am absolutely against this treatment.” The German cardinal added that “we can dismiss only people if they make a mistake and the criteria for our collaborators in our Congregation must be the orthodoxy and the integrity of moral and priestly life and the competence in the matter and other ‘criterias’, must speak Italian or we need people of different languages and cultures.”

It was the first time that Cardinal Müller publicly rebuked the Pope, and it was not about himself, but about the sudden dismissal of three of his best collaborator-priests at the CDF.