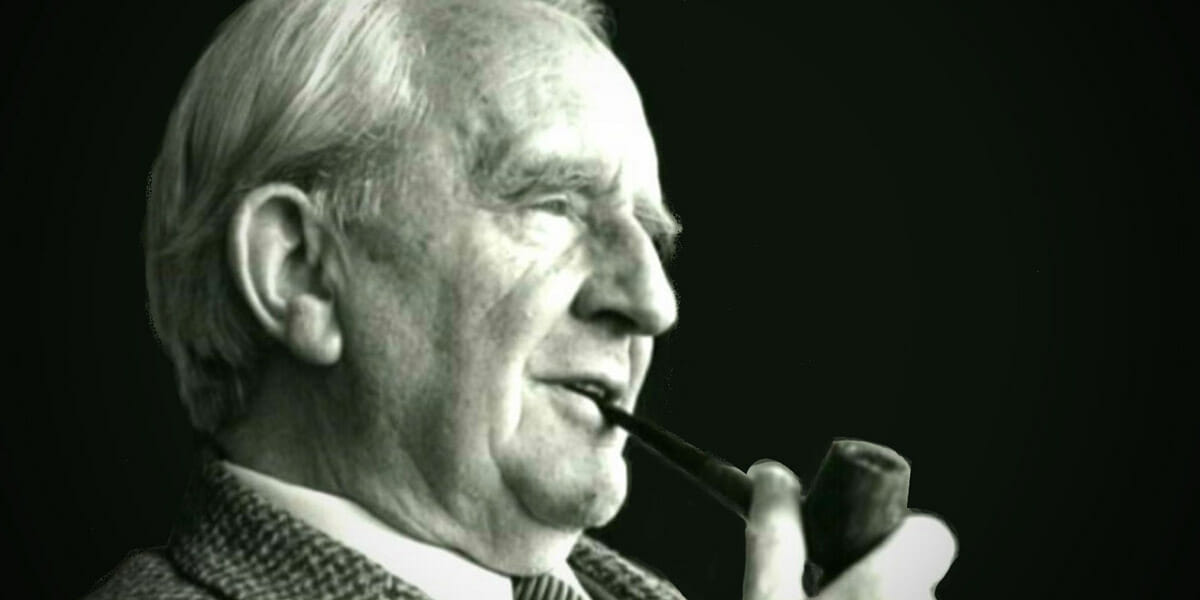 I saw – HERE – an excerpt from a letter of J.R.R. Tolkien to his son in the 60’s, about the time of the Council.  He writes about the Church and bad or stupid priests.

You speak of ‘sagging faith’, however, that is quite another matter. In the last resort faith is an act of will, inspired by love. Our love may be chilled and our will eroded by the spectacle of the shortcomings, folly, and even sins of the Church and its ministers, but I do not think that one who has once had faith goes back over the line for these reasons (least of all anyone with any historical knowledge). ‘Scandal’ at most is an occasion of temptation – as indecency is to lust, which it does not make but arouses. It is convenient because it tends to turn our eyes away from ourselves and our own faults to find a scapegoat. But the act of will of faith is not a single moment of final decision: it is a permanent indefinitely repeated act > state which must go on – so we pray for ‘final perseverance’. The temptation to ‘unbelief’ (which really means rejection of Our Lord and His claims) is always there within us. Part of us longs to find an excuse for it outside us. The stronger the inner temptation the more readily and severely shall we be ‘scandalized’ by others. I think I am as sensitive as you (or any other Christian) to the scandals, both of clergy and laity. I have suffered grievously in my life from stupid, tired, dimmed, and even bad priests; but I now know enough about myself to be aware that I should not leave the church (which for me would mean leaving the allegiance of Our Lord) for any such reasons: I should leave because I did not believe, and should not believe anymore, even if I had never met anyone in orders who was not both wise and saintly. I should deny the Blessed Sacrament, that is: call our Lord a fraud to His face.

If He is a fraud and the Gospels fraudulent – that is: garbled accounts of a demented megalomaniac (which is the only alternative), then of course the spectacle exhibited by the Church (in the sense of clergy) in history and today is simply evidence of a gigantic fraud. If not, however, then this spectacle is alas! only what was to be expected: it began before the first Easter, and it does not affect faith at all – except that we may and should be deeply grieved. But we should grieve on our Lord’s behalf and for Him, associating ourselves with the scandalized heirs not with the saints, not crying out that we cannot ‘take’ Judas Iscariot, or even the absurd & cowardly Simon Peter, or the silly women like James’ mother, trying to push her sons.

It takes a fantastic will to unbelief to suppose that Jesus never really ‘happened’, and more to suppose that he did not say the things recorded all of him – so incapable of being ‘invented’ by anyone in the world at that time: such as ‘before Abraham came to be I am’ (John viii). ‘He that hath seen me hath seen the Father’ (John ix); or the promulgation of the Blessed Sacrament in John v: ‘He that he eateth my flesh and drinketh my blood hath eternal life.’ We must therefore either believe in Him and in what he said and take the consequences; or reject him and take the consequences. I find it for myself difficult to believe that anyone who has ever been to Communion, even once, with at least a right intention, can ever again reject Him without grave blame. (However, He alone knows each unique soul and its circumstances.)

Tolkien wrote what many think is the greatest English language novel of the 20th century.