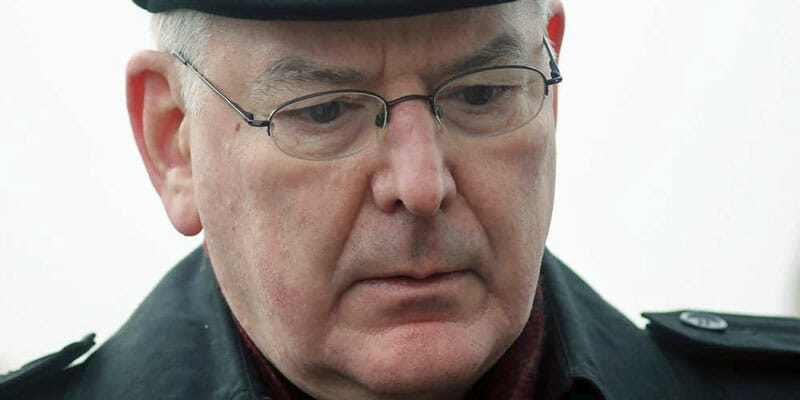 I was one of the people who believed that Archbishop Carlo Maria Viganò intervened to quash the independent investigation of Minneapolis Archbishop John Nienstedt’s alleged homosexual double life. Now Vigano has come forward to say he did no such thing.:

Accusations against my person appeared in the media – in July 2016, when I had already left my mission in Washington, D.C. – following the publication of a memorandum written by Father Dan Griffith, the then delegate for the protection of minors in the Archdiocese.

These accusations – alleging that I ordered the two Auxiliary Bishops of Minneapolis to close the investigation into the life of Archbishop John C. Nienstedt – are false.

Father Griffith was not present during my meeting at the Nunciature with the Archbishop and the two Auxiliaries on April 12, 2014, during which several affidavits containing accusations against Archbishop Nienstedt were handed to me.

These affidavits were collected by the [law] firm Greene Espel, who was retained by Father Griffith on behalf of the Archdiocese to investigate Archbishop Nienstedt. This firm belongs to the group “Lawyers for All Families,” who fought against Archbishop Nienstedt over the approval of same-sex marriage in the State of Minnesota.

In one of these affidavits, it was claimed that Archbishop Nienstedt had had an affair with a Swiss Guard during his service in the Vatican some twenty years prior.

Private investigators from the Greene Espel firm had conducted an inquiry in an unbalanced and prosecutorial style, and now wanted immediately to extend their investigation to the Pontifical Swiss Guard, without first hearing Archbishop Nienstedt.

I suggested to the bishops who came to the Nunciature on April 12, 2014, that they tell the Greene Espel lawyers that it appeared to me appropriate that Archbishop Nienstedt be heard before taking this step – audiatur et altera pars – which they had not yet done. The bishops accepted my suggestion.

But the following day, I received a letter signed by the two auxiliaries, falsely asserting that I had suggested the investigation be stopped.

I never told anyone that Greene Espel should stop the inquiry, and I never ordered any document to be destroyed. Any statement to the contrary is false.

However, I did instruct one of the auxiliary bishops, Lee A. Piché, to remove from the computer and the archdiocesan archives the letter falsely asserting that I had suggested the investigation be halted. I insisted on this not only to protect my name, but also that of the Nunciature and the Holy Father who would be unnecessarily harmed by having a false statement used against the Church.

The very day the news appeared in the New York Times, on July 21, 2016, the Holy Father asked Cardinal Parolin to phone the Nuncio in Washington, D.C. (Christophe Pierre), ordering that an investigation into my conduct be opened immediately, so that I could be reported to the tribunal in charge of judging abuse cover-up by bishops.

I informed the Vatican Press Office in the persons of Father Lombardi and Mr. Greg Burke. With the authorization of the Substitute of the Secretary of State, then-Archbishop Becciu, Mr. Jeffrey Lena – an American lawyer working for the Holy See – went to the Congregation for Bishops where he found documents proving that my conduct had been absolutely correct.

Mr. Lena handed a written report exonerating me to the Holy Father. In spite of this, the Vatican Press Office did not deem it necessary to release a statement refuting the New York Times article.

The Nunciature also responded to Cardinal Parolin with a detailed report, which restored the truth and demonstrated that my conduct had been absolutely correct.

This report is found in the Vatican Secretariat of State and at the Nunciature in Washington, DC.

On January 28, 2017, I wrote to both Archbishop Pierre and Archbishop Hebda (who had succeeded Nienstedt), asking them to publicly correct the Griffith memorandum. In spite of repeated emails and phone calls, I never heard back from them.

I find this credible. The Nunciature in DC should release this document at once, if it exists. I understand that it is not in Pope Francis’s interest for Archbishop Vigano to be vindicated, but if this document exists, justice demands that it be made public, to clarify the story and clear his reputation.

Why wouldn’t the nuncio and Archbishop Hebda respond to Vigano’s entreaties? Why wouldn’t the Vatican Press Office release a statement clearing Vigano’s name? There are two possible answers:

One way or another, this controversy has to be cleared up. The nuncio can do this,, and so can Archbishop Hebda.

UPDATE: In its story, Lifesite News includes photocopies of letters backing up Vigano’s account.  Here is a screenshot of one of them, which appears to exonerate Vigano: