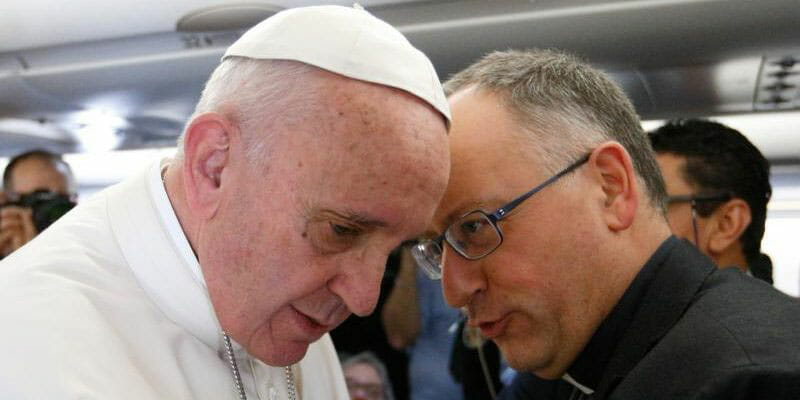 Two confidants of Pope Francis – Father Antonio Spadaro, S.J and the journalist Andrea Tornielli – have both sent out messages in recent days that Catholic faithful should not expect to hear more from the Pope concerning the abuse crisis in the U.S. after his earlier 20 August letter.

Papal “ghostwriter” Spadaro says it is now up to the local bishops’ conference to act on their own to implement the spirit of that papal letter. But Archbishop Vigano’s detailed accusation about Pope Francis’ involvement in the crisis, along with top U.S. prelates, may change everything.

Both Father Spadaro and Andrea Tornielli are known to be unofficial spokesmen of the Pope. Their articles and statements are viewed by many as being reflective of the Pope’s mind since they are in close contact with him and have both already written several books about his papacy.

On 20 August, Pope Francis published a letter in which he acknowledged the Church’s failure with regard to the abuse crisis in the U.S. He pointed to “clericalism” as the main cause of that crisis. He did not once mention homosexual priests as a cause of the abuse scandal. Nor did he announce any practical steps to punish the culprits among the U.S. episcopacy. As LifeSiteNews reported, German abuse victim Dr. Markus Büning, indignant over this papal lack of concrete steps against the evil doers, subsequently withdrew his own prior public support from Pope Francis.

Father Spadaro, however, has defended this papal letter. He now appears to be trying to steer the discussion away from homosexuality toward clericalism as the cause. And, he is now calling for more reform based on the notion that clericalism is the problem. He also suggests that it is now up to local bishops’ conferences to clean up the abuse problems themselves, despite evidence that — at least in the U.S. — such an attempt by the bishops to clean up the problem has proven disastrous.

On 21 August, one day after the publication of Pope Francis’ letter, Father Spadaro tweeted the following message:

Sure, this is not just a “local” problem. But this is why we can’t ask the POPE to react every single time overtaking the BISHOPS. The bishops have also to act locally together as a *collegial body* not just waiting from Roma. And the synodality (LAY people included) has to work!

He also quoted – on the same day – Pope Francis who had earlier said in Evangelii Gaudium:

“It is not advisable for the #Pope to take the place of local #Bishops in the discernment of every issue which arises in their #Territory. In this sense, I am conscious of the need to promote a sound “decentralization”. (Evangelii Gaudium 16) #PopeFrancis #Abuses #Pennsylvania

Thus, Father Spadaro has sent out the message that it is now up to the local bishops’ conference to clear up the abuse scandals in the U.S. He also divertingly points to problems other than the real one, namely homosexual priests who abuse boys in their teenage years.