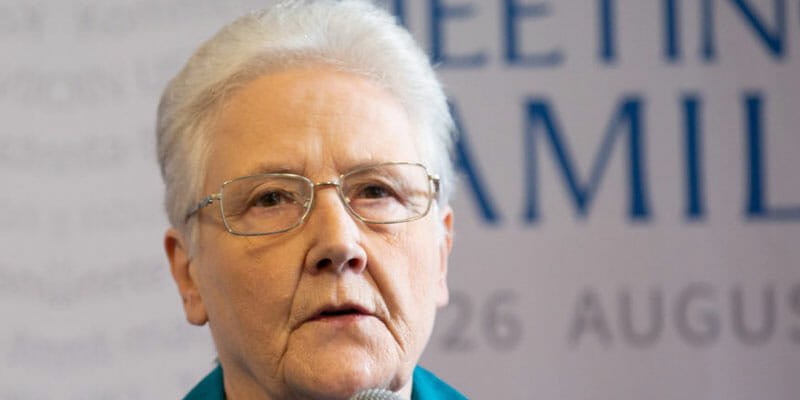 Canon law should be re-written to institute a global zero-tolerance policy against priests who commit sexual abuse, a clerical abuse survivor told attendees at the World Meeting of Families.

Marie Collins, a former member of the Pontifical Commission for the Protection of Minors, spoke on Aug. 24 as part of a panel titled “Safeguarding Children and Vulnerable Adults.”

Collins appeared alongside Baroness Sheila Hollins, another former member of the Pontifical Commission of Minors; Barbara Thorp, a social worker and former head of the Office for Pastoral Support and Child Protection for the Archdiocese of Boston; and Prof. Gabriel Dy-Liacco, a current member of the Pontifical Commission for the Protection of Minors and a psychologist who has treated priests and abuse survivors.

The panel was originally intended to be moderated by Cardinal Sean O’Malley, OFM Cap. of Boston, but he withdrew from participating in the pastoral congress due to an investigation into sexual harassment occurring at the diocese’ seminary. O’Malley is the president of the Pontifical Commission for the Protection of Minors.

A letter written by O’Malley was read to the audience. O’Malley said that combating sexual abuse was the “most crucial” issue facing the Church, and that the protection of children was his “number one priority.”

“The crucial role of the laity cannot be understated as we look for the path forward,” O’Malley wrote.