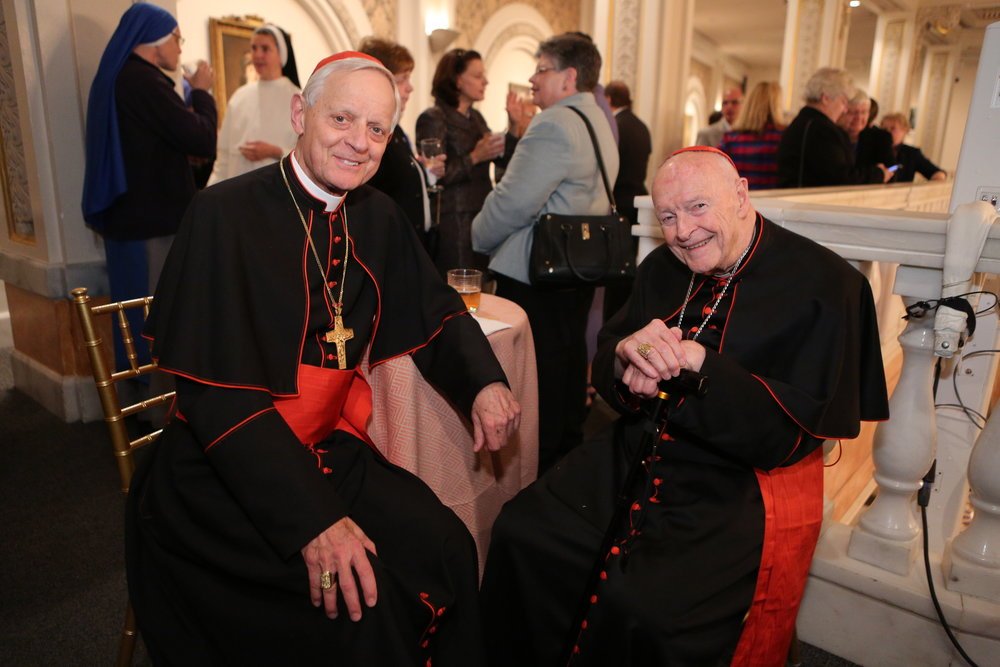 Handsy Archbishop (formerly Cardinal) Ted McCarrick’s name did not come up in the Pennsylvania grand jury report, but his shadow looms large over the burgeoning scandal engulfing the US bishops. McCarrick loved for seminarians and priests to call him “Uncle Ted” — an endearment he also instructed “James,” a man he began molesting when James was only 11, to call him.

Uncle Ted will not be going to Pope Francis’s World Meeting of Families in Dublin later this month, but some of his clerical family will be present.

The Associated Press reports that Washington’s Cardinal Donald Wuerl is facing trouble on two fronts: one having to do with his failures to police clerical molesters as Bishop of Pittsburgh, and the other related to his hard-to-credit claim that he had no idea that McCarrick, his predecessor in Washington, was a known molester — this, despite two claims having been quietly settled by the dioceses of Newark and Metuchen.

Cardinal Wuerl is set to speak at the World Meeting of Families in Dublin later this month.

Judging from the grand jury report, there are some families in the Diocese of Pittsburgh who would question Donald Wuerl’s credentials to speak on the welfare of the family.

Also speaking at the World Meeting of Families: Cardinal Joseph Tobin of Newark and curial Cardinal Kevin Farrell. Tobin — he of the infamous “Nighty-night baby, I love you” tweet — is a successor of McCarrick’s, and as such, knew or should have known about the settlements with his victims, at least from the time of his 2017 installation in Newark. Farrell was an auxiliary bishop in Washington under McCarrick, and has publicly credited McCarrick as a mentor. Though he shared a flat with Uncle Ted in DC, Farrell has publicly denied that he had the slightest inkling that McCarrick was a molester.

I don’t believe it for a second. Even if it happens to be true, well, demonstrate it somehow. I will not believe it until and unless it is demonstrated.

Here’s one reason why: today’s report from Catholic News Agency about how widely know McCarrick’s behavior was in Newark.