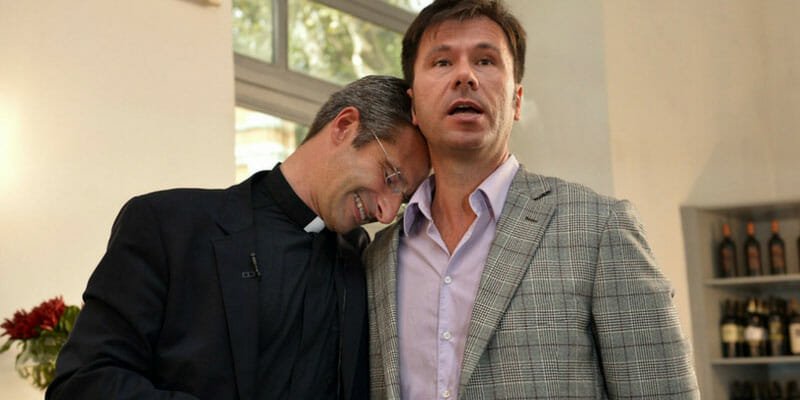 This foreword was written after I wrote the rest, as forewords usually are.  This is one of the hardest posts I’ve ever written.  It was physically uncomfortable to hack this out, and I had to stop several times and walk around before taking up the sword again.  I suppose I will hesitate a few times and pray a bit before I hit that PUBLISH button.

One of our comments, under another post, mentions the website of a priest, Fr. Edwin Palka, who explains why some priests have not blown the whistle on homosexual priests and homosexual priest predators.  Frankly, his post put some steel into my fingers.

Priests can set discouraging examples for their brethren.  They can also set good example for encouragement.

What he wrote is grisly.  It is also true.   He opens the Ugly Box to let a little purifying sunshine in.  I will do the same, and in the same vein.

Folks, I know that you are really angry.  The depth of ugly you see in the news is often not nearly as deep as the ugly that some priests see.  You are surely and rightly angry.  Do you think that we priests are not?

I have to remind myself that when Our Lord cursed the fig tree before His Passion, that wasn’t the model that we priests should employ when it comes to homosexual predator priests.

And let’s be clear.  This scandal is about HOMOSEXUALITY.

Some of these homosexual predators are, I think, possessed.   Think about it.  If you know anything about demonic activity, and this is something that lay people should not get too involved with, then you know that certain demons specialize in certain kinds of sins.  They will attach themselves like spiritual lampreys to the souls of people who commit them and also to the places where the sins were committed.  Once a demon gets hold, they claim the right to be there, until the layers of their connection are broken one by one.  That’s what exorcism rites do: they break the legalistic claims of the Enemy to be there.

Homosexual sins are particularly grave and their demonic force is concomitantly vile.  And these sins also involve the young or those who are subject to the authority or power of the predator.  Millstones are not enough.   If you wonder about the Lord and capital punishment, HE spoke of the millstone before the Church did.

That’s the supernatural side.  There is also the natural side.  It seems to me that men with these strong disordered inclinations don’t… how to put this… act like other men.  They think differently, they work out differences differently.  I know, I know.  But that’s my sense of things.  It’s hard to articulate.