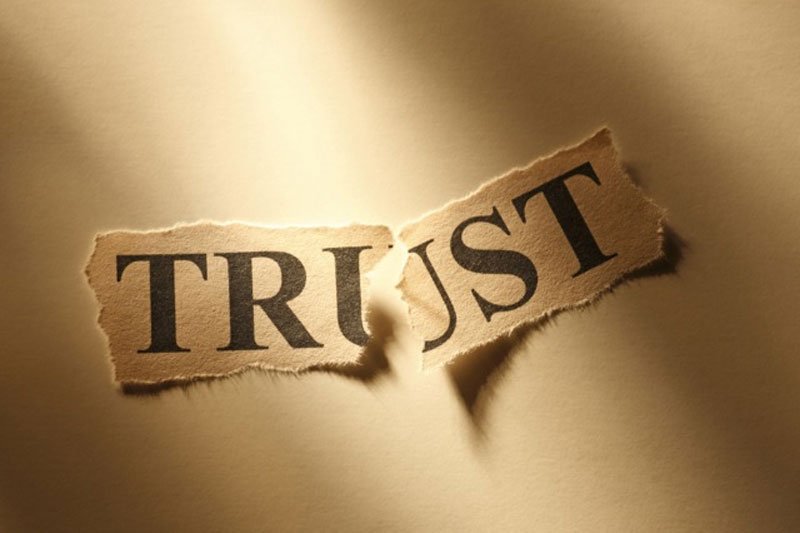 came across an advertisement for a financial institution recently that, sad to say, displayed more wisdom than we usually find today among many people, including many Catholics: “Trust is binary. Either you have it or you don’t.”

A bold statement these days, by anyone. For the politically correct, “binary” distinctions are not only stupid and simplistic but hate-filled – most notably as in “male and female He created them.”  There are even “Catholic” theologians who argue that such binaries are a mere glitch in our brains.

Forget that itinerant Palestinian preacher who said, “let your ‘yes’ be yes and your ‘no’ be no.” We’re much taken just now with gray areas, our superior moral awareness to previous ages, recent changes in public understanding, stylish deliverances of “conscience.”

But that is going to change now, if only because it must. Revelations about the Church leadership in several countries and in the Vatican itself have led us to the point that we wonder whether we can still trust what our own religious leaders say and do. To judge by what I hear from Catholic leaders and lay people, our bishops need to wake up to the sheer magnitude and intensity of the anger out there. Fast.

With few exceptions, they don’t seem to recognize that we may be close to an “inflexion point.” For years, the Catholic Church in America had many and great advantages, not least that ordinary believers – unlike their counterparts in Europe – looked to Church leaders as bulwarks of the true and the good. We admired them for what they did inside the church building, but also outside in the community.

Trust is binary. Our bishops can no longer assume that they have it. Bishops here may be teetering very close to the point at which the Irish hierarchy lost its credibility, to the immense detriment of marriage, family, and the unborn.