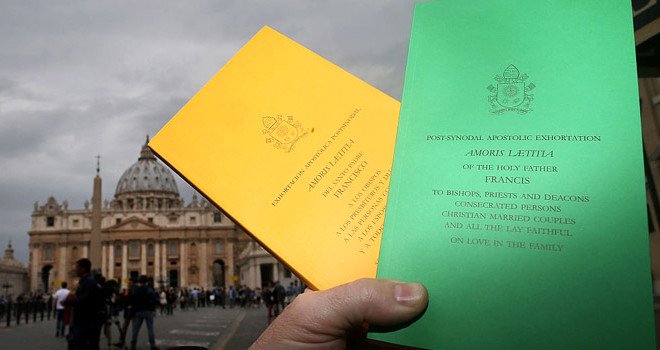 Following the long overdue revelations about the contemptible sexual misconduct of former cardinal Theodore McCarrick, many authors have rightly expressed their indignation toward him and his episcopal enablers. In this article, I will try not to spend much time on ground already well trod, but will rather highlight some of the lessons from the McCarrick scandal that neither Catholic clergy nor lay Catholics have any excuse for ignoring ever again.

Lesson One
The first lesson is that if you want to address a sin, you have to name that sin for what it is. For that reason, the bishops who produced the 2002 Charter for the Protection of Children and Young People cannot credibly claim to have been serious about addressing the problem of the sexual abuse of minors by Catholic clergy. Had they been serious, they would have identified, in view of the evidence, the main source of the problem, instead of suggesting another source. It was never pedophilia as such (the sexual abuse of a prepubescent child of either sex by an adult [or a near adult] of either sex); rather, it was, and still is, clerical homosexuality (sex or sex-related acts between post pubescent males). If it proves true that one of McCarrick’s victims was a boy as young as eleven, then he would, in that (or any such) case, be guilty of homosexual pedophilia. The age range of McCarrick’s victims does not change the nature of the problem.

With McCarrick as a key player in the formulation of the Charter, along with disgracedCardinal Mahoney of Los Angeles, it is not difficult to understand the document’s fundamental dishonesty. The problem of clerical homosexuality, which needed so urgently to be addressed, and which has yet to be effectively addressed despite strict guidelines established by the Vatican in 2005, exists not only among priests, but also among the bishops. By withholding the truth, such bishops were providing cover for themselves. Perhaps cowardice and political correctness also played a role in the episcopal refusal to name the sin for what it really is.

Lesson Two
The second lesson from the McCarrick case that we must no longer ignore is that whenever the Church fails to uphold, foster, and live by the truth she professes, grave and enduring consequences follow. The episcopal decision, from 2001 on, not to name the sin and root it out has helped the problem of active, clerical homosexuality to continue and to grow. Tragically, this means that sexual abuse by homosexual clerics will also continue, and that the number of such incidents will grow. One can only hope that the prospect of a cleric’s facing serious civil and ecclesiastical sanctions for perpetrating such a heinous crime will serve as a deterrent; however, that, in itself, will neither solve the problem nor prevent its happening.

Let us also consider that if, when the occasion urged itself, the bishops had been honest about the primary source of the sexual abuse problem in the Church, we would conceivably have never arrived at the insane point of sexual degeneracy that we are now witnessing in our society and its institutions. People in general would have gotten the message and perhaps been far more vigilant about opposing the aggressive, secular gay agenda. So, if the bishops had named the sin and stemmed the flow at its source, it is entirely possible that homosexual behavior, and the acceptance of it, would not have flourished so greatly within and beyond the Church.

Lesson Three
The public revelation of McCarrick’s misdeeds have forced some bishops to admit that even the members of their episcopal fraternity, and not just lowly priests, must be held accountable for predatory behavior and abuse of power—and this, not only where minors are concerned, but also adults. At the same time, however, the McCarrick case suggests that a number of bishops, imbued, it seems, with the secular mindset, have been looking the other way when clerical sexual activity has ostensibly involved “mutual consent” with another adult—assuming, of course, that “no one gets hurt.”

Taking their cue, therefore, from moribund Western culture at large, some episcopal (and other Catholic) minds have come to regard the presence or the absence of mutual consent as the benchmark of what is morally permissible and what is not. Those bishops seem blissfully unaware that even just one man’s sin, never mind consensual sin, drags down everybody else. As Saint John Paul II has reminded us, the mystery of human solidarity gives rise not only to the Communion of Saints, but also to its inverse, “a communion of sin” (Reconciliatio et Paenitentia, 16).

Lesson three, then, is that it is absolutely inexcusable for any bishop ever to ignore anyinstances of clerical sexual immorality of which they become aware. That these are taking place between consenting adults is irrelevant. The bishops must be held strictly and sternly accountable for ignoring these or any other offenses against human dignity, the Body of Christ, and the human family. If, by their failure both to expose the grave clerical sins of which they are aware, and to punish their perpetrators accordingly, they demonstrate their ignorance of what constitutes immoral behavior and thus reveal their unfitness for episcopal office. They should therefore be required to resign, or else be dismissed by the Apostolic See.

Christ intended his Church to be the Ark of salvation, not a den of depravation. In consequence, many Catholics now see that the Church needs an effective mechanism for clearing out the dead episcopal wood.