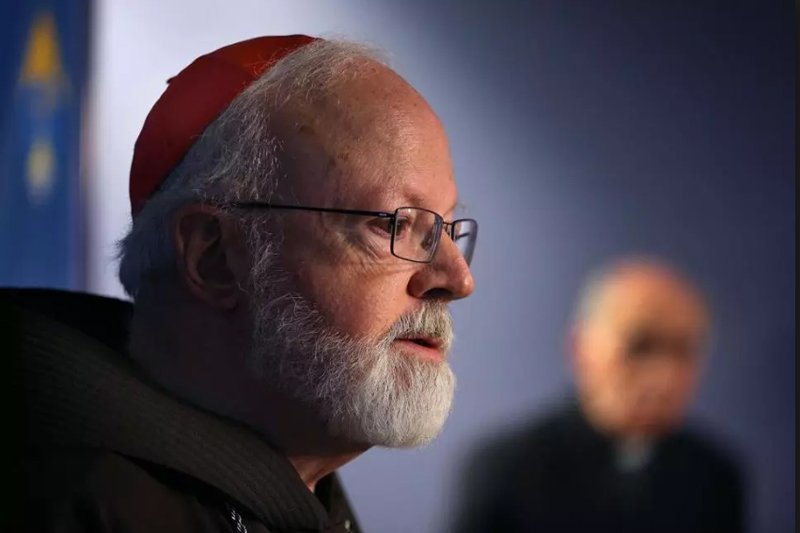 Cardinal Seán O’Malley is president of the Pontifical Commission for the Protection of Minors. He is also Archbishop of Boston. How bad is it when the guy in-charge of clerical sexual abuse for the Church worldwide has to be made aware of a problem in his own seminary by a Facebook post?

From Rod Dreher at The American Conservative:

Earlier this week I was informed that two former seminarians of St. John’s Seminary in the Archdiocese of Boston had posted allegations on social media sites including the Archdiocese’s Facebook page that during their time at the seminary they witnessed and experienced activities which are directly contrary to the moral standards and requirements of formation for the Catholic priesthood.

At this time I am not able to verify or disprove these allegations. As Archbishop of Boston, with responsibility for the integrity of the seminary and its compliance with the Church’s Program for Priestly Formation, I am committed to immediate action to address these serious matters and have made the following decisions regarding St. John’s Seminary.

First, I have asked Msgr. James P. Moroney, Rector of St. John’s, to go on sabbatical leave for the Fall Semester, beginning immediately, in order that there can be a fully independent inquiry regarding these matters.

This piece from One Peter Five is what this is about. The author is John Monaco, who talks about the homosexuality he saw in both St. Charles Borromeo seminary in Philadelphia, and in the passage below, what he saw in St. John’s Boston:

I spent two years in yet another “conservative” major seminary before leaving. During my time in this seminary, I saw more misconduct and abuse. Some priests on the faculty would get drunk with a select group of seminarians and invite them into their rooms late at night. One night, a priest on the formation faculty got so drunk during a seminary party that he fell out of his chair. While during the day, this particular priest was a hardliner regarding the Church’s teachings, his nighttime behavior revealed that such “orthodoxy” was a mask hiding his perversions. When I brought this up to other seminarians, I was criticized for being “uncharitable” and “gossiping.”

Though the seminary was no longer a purple palace where homosexual activity was front and center, sexual deviancy and improper conduct remained – only this time, it was behind the scenes. One of the seminarians ahead of me laughed and told me that the year before I entered, my room belonged to a guy who was kicked out for committing sodomy with a member of a religious order who took classes at the seminary. They were discovered after their moaning was heard by a seminarian across the hall, who notified a faculty member. Both seminarians were promptly expelled. Sometimes, I would come downstairs to the common room late at night and find seminarians cuddling with each other – drunk, of course. Alcohol abuse was prevalent, and no one took action against it.

I kept to myself during those two years, but rumors of seminarians hooking up with each other and faculty members grooming homosexual seminarians with lavish gifts abounded. I became more and more isolated. I stopped attending daily Mass and the recitation of the Divine Office, preferring to stay in my room and try to sleep my way through the day. Thankfully, the rector of the seminary took note of my depressed state, met with me, and arranged for me to see a therapist – which he kindly paid for. After speaking with the therapist, as well as my spiritual director, I knew what I had to do. In spring of 2016, I left.

A Catholic priest has privately vouched to me for the character of John Monaco, saying he’s solid.