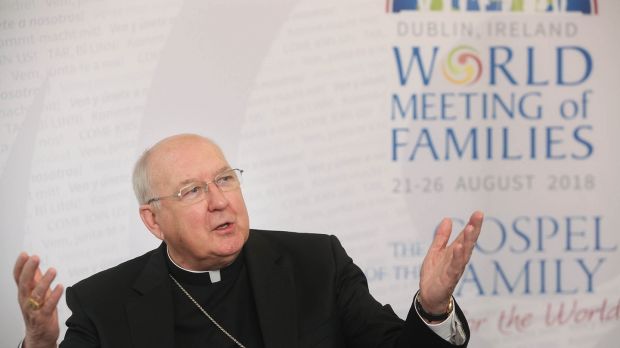 Archbishop Martin is chairing the WMOF board.

Ending Clergy Abuse (ECA) represents survivors in 15 countries and aims to hold the Vatican to account over clerical abuse of minors.

It says the three cardinals – Cardinal Kevin Farrell, prefect at the Vatican’s Dicastery for Laity, Family and Life which has overall responsibility for the World Meeting of Families, Cardinal Óscar Maradiaga of Honduras and a member of Pope Francis’s Council of Cardinals, and Archbishop of Washington Cardinal Donald Wuerl should be “investigated, not honoured”.

The organisation claims they have covered up for clergy who abused minors, something denied by the three cardinals.

“Any bishop who covers up for another bishop should not be trusted to safeguard Catholic families, much less preach to the world about the sacred and intrinsic dignity and meaning of family life. We are deeply troubled that three cardinals who may have protected abusive brother bishops are playing significant roles at the World Meeting of Families,” it said.

Read more at The Irish Times