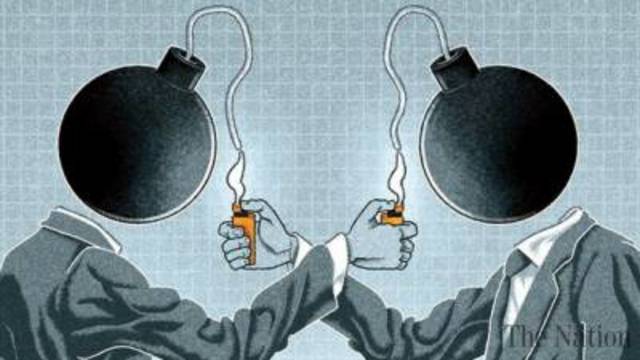 N., an exceptionally well-informed lay Catholic, tells me that there are two basic tribes of gay bishops and priests.

The first tribe is the Progressives — some sexually active, others not — who believe homosexuality should be normalized by the Catholic Church, and are pushing openly for the Church to change its teachings to reflect that.

The second tribe are Conservatives who live a double life. Outwardly they advocate for traditional Catholic teaching on homosexuality, but they also live homosocially (in the sense of socializing with other gay conservative priests), and some have gay sex. They therefore live in a state of cognitive dissonance.

N. discussed particular examples of both kind of bishop and priest.

I asked N. why the gay Catholic progressive priests don’t simply out the hypocritical conservatives. Why not destroy your opposition, especially given that they really are hypocrites?

“Neither side wants to do that to the other. That would mean Armageddon,” he said. “Both sides live in a Cold War situation. They take potshots at each other, and fight proxy wars, but neither side wants to challenge the other too hard. If they really went to war, there would be nothing left for anybody.”

What N. meant is that the problem is so deeply embedded within the Catholic clerical structure that if the truth were known, the system as we know it would likely collapse, and neither gay nor conservative gay priests would have any privileges left to enjoy. So they tolerate each other.

After that conversation, I thought about orthodox (theologically conservative) Catholic bishops who are not sexually compromised, and who have the power to clean up these sexually corrupt messes in their dioceses — corrupt in terms of acts and teaching — but who leave things alone. Why don’t they do so?

Might the answer be: because they sense that the problem is such that if they really tried to clean up the mess, they wouldn’t know for sure which pillars and walls would fall?