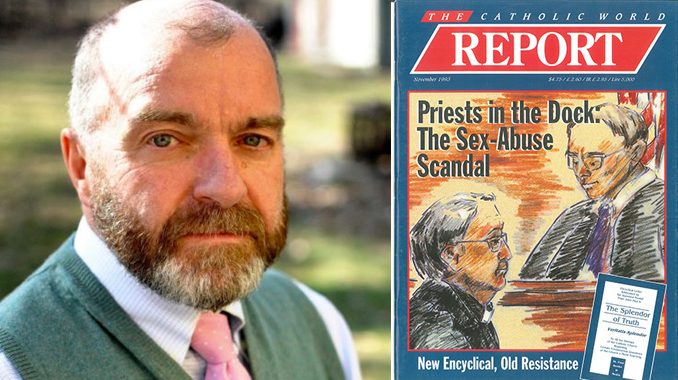 CWR: Based on your experience and reporting, what were the key factors in the clergy abuse scandals? In what way is the current situation different from the early 2000s?

Lawler: There were several important factors, coming together at the same time to create a sort of “perfect storm.” The clear teachings of the Church regarding sexuality were under assault in the 1960s and 1970s, at the same time that the sexual revolution was bringing enormous changes in public attitudes. At the same time, unfortunately, the traditions of ascetical discipline in clerical life were breaking down. Priests who had been formed with strict standards saw those standards torn down; seminarians were no longer trained keep the battles for chastity “far from the castle walls.” And of course there were other factors sapping priestly morale: the decline in Mass attendance, the defections from the clergy, and so forth. Quite a few priests lost their way, I’m afraid. I suspect that alcohol problems played a major role—both by lowering the inhibitions of priests who were already in trouble, and by helping their colleagues not to notice.

And an uncanny ability “not to notice” was a huge factor! Bishops, especially, developed habits of putting the best possible interpretation on anything they heard about their priests—even at times when they knew better. Too often they denied the obvious, even the undeniable. What’s worse, they misled their own people about the realities of the situation, and thereby did incalculable damage to their own credibility and teaching authority.

As I wrote in The Faithful Departed, this was a three-part scandal. First, some priests—a shockingly large number, albeit a small percentage—molested young people. Second, the revelations gave ample indications of widespread homosexuality within the clergy. Third, the scandal showed that bishops had covered up evidence of abuses, and in many cases lied to their people while doing so. With the Dallas Charter, the American bishops addressed the first part of the scandal. The new procedures should work to curb the abuse of children, although the procedures depend on the determination of the individual bishops. The second and third parts of the scandal, unfortunately, were not addressed in Dallas and haven’t been addressed subsequently. Homosexual activity within the priesthood is, if anything, more evident now than it was in 2002, and if it involves adults rather than teenage boys, it is not usually regarded as an urgent concern. And our bishops still haven’t taken the steps necessary to restore their damaged credibility.

The McCarrick scandal drew attention to this unfinished business, for two reasons. First, it involved homosexual activity by a prominent prelate, which had continued for years and had obviously not hampered his rise through the ecclesiastical ranks. Second, it involved that uncanny ability of bishops “not to notice” misconduct. Many Church leaders had been informed about the problem. Many others would surely have recognized it, if they had only looked at the evidence. So now we’re looking squarely at the unresolved second and third parts of the same devastating scandal.

Ultimately McCarrick’s downfall was an encounter with an under-age boy. I don’t think many people knew that he had abused minors; I didn’t know. But I did know, and countless others knew, that he had taken advantage of seminarians. Doesn’t it stand to reason that someone who would chase 19-20-year-olds would be a danger to 16-17-year-olds? For that matter, wasn’t his desire for young men—of legal age or not—enough to disqualify him from higher office? The whole sordid story illustrates the inability and/or unwillingness of Church leaders to recognize a problem—a danger to their flocks.