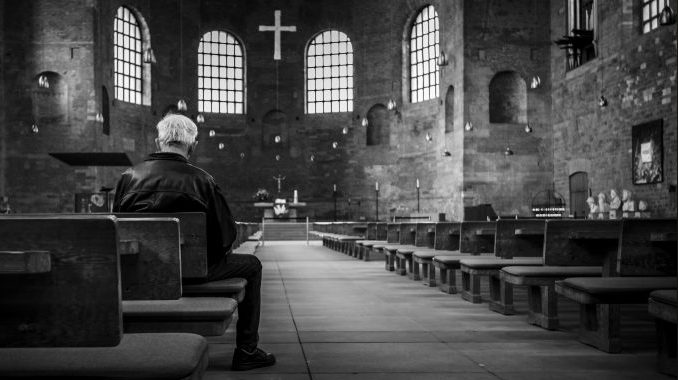 Bishop Edward B. Scharfenberger of Albany put his finger on the root of the present crisis caused by the McCarrick affair. It is, he said, “sin and a retreat from holiness, specifically the holiness of an integral, truly human sexuality.” He adds immediately: “In negative terms, and as clearly and directly as I can repeat our Church teaching, it is a grave sin to be ‘sexually active’ outside of a real marriage covenant.”

What a relief to hear such plain speaking from a bishop!

This clear teaching of the Church has been, at best, obfuscated for some 50 years, as indicated by the way the term “sin” has almost vanished from normal ecclesiastical discourse and holiness is rarely seen as the goal of morality. That obfuscation, it seems to this writer, is not only at the root of the phenomenon of aberrant sexual behaviour among clergy, as others have pointed out. [1] My thesis is that the same obfuscation is also at the root of failure of religious superiors to face up to such sinful behaviour and to deal with it decisively.

It is not insignificant that the Pandora’s Box opened up by the McCarrick scandal should occur during the very year the Church is celebrating the 50th anniversary of the promulgation Humanae Vitae. In the midst of all the celebrations, however, little attention has been given to fact that the Church’s teaching on the central principles of Catholic sexual morality newly articulated by Pope Paul VI was almost immediately rejected by dissenting theologians within days of its promulgation. Before the text of the papal document could have reached Washington, DC in the pre-fax-machine (and pre-email) era, Professor Charles E. Curran of Catholic University of America whipped up some 87 signatories to a letter that publicly rejected its teaching. Soon the list of signatories reached some 300, when, as Cardinal Stafford once testified, huge pressure was put on theologians and priests to sign, even though few if any could have actually read the document. Similar dissent was expressed in other countries throughout the world, though perhaps not as aggressively as in the USA or Germany.

For the first time in the history of the Church, leading theologians openly dissented from the Magisterium. And this happened even though Pope Paul VI expressly affirmed his authority as Successor of St. Peter to interpret the natural moral law as clarified by Divine Revelation in order to answer to the grave issues raised by demographic and cultural developments in the modern world (cf. HV 4). It was rejected as “non-infallible,” as though what is be accepted as authoritatively binding in conscience was limited to (rare) infallible ex cathedra pronouncements.