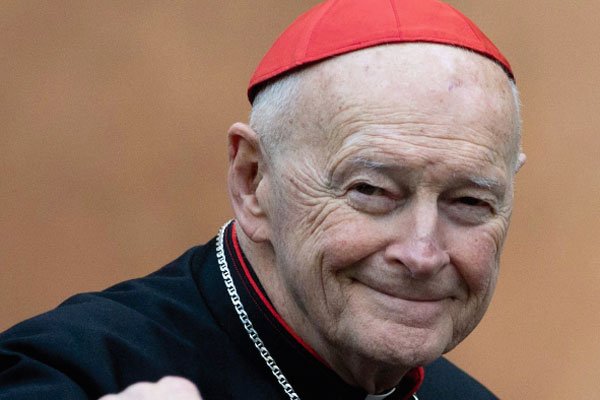 Theodore McCarrick did not want to be known as a father. He encouraged young men and boys to call him “uncle”, and called them his nephews in turn. He wrote them flirtatious letters signed Uncle Ted or Uncle T. According to the Vatican journalist Rocco Palmo, he was in fact “known to everyone from reporters to donors to his aides as ‘Uncle Ted’.” Every year he hosted an Uncle’s Day party.

The Catholic custom is to address priests as fathers. Every cleric, from the parish priest to the successor of St Peter, is in some sense recognised as pope, papa, father. This paternalistic language reminds us that the priest gains his authority from, and remains accountable to, “the Father of our Lord Jesus Christ, of whom all paternity in heaven and earth is named.”

McCarrick’s resignation from the College of Cardinals, following a string of abuse allegations, makes the “Uncle Ted” label look rather different. We have seen, in other cases of clerical misdemeanours, how spiritual fatherhood can go wrong. Abusers and their enablers, especially those of a “conservative” stripe, have hidden behind this notion of paternity, accusing anyone who challenged them of attacking the Church. A figure like the serial abuser Marcial Maciel, founder of the Legionaries of Christ, provides a horrifying example. But McCarrick’s very different style carries its own risks.

McCarrick’s easygoing, avuncular persona was partly a social strategy: it was integral to the way he befriended seminarians and young priests. It was also a theological stance. In both contexts, he found the title of father too cumbersome. A father’s role is to guide, instruct, and protect. An uncle, less bound by these duties, is free to indulge his nephews and nieces. He may offer them friendly advice on occasion, but it is never his role to forbid or command. He may accompany, but he does not judge.

Though always careful to remain within the bounds of Christian orthodoxy and respectable opinion, McCarrick urged a more accommodating stance toward libidinal sins – including the abuse of minors. When asked whether Cardinal Law’s presence at liturgies mourning the death of John Paul II were meant as declarations that Law should be rehabilitated, McCarrick said, “I think we feel we are all Easter people. … We look at the light rather than the darkness.” McCarrick believed that the Church should be pastoral rather than “paternalistic”, eager to accompany and unwilling to judge.