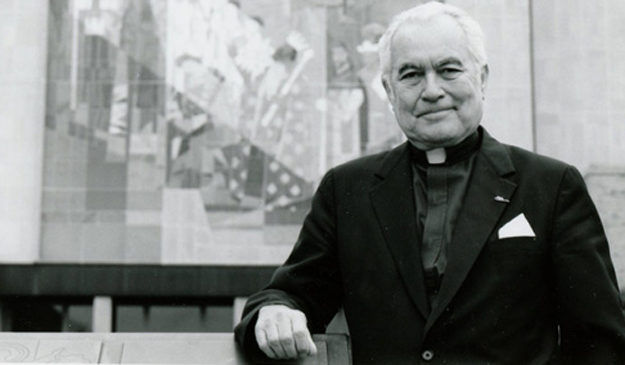 More than fifty years ago, a group of prelates, priests, and cherry-picked leaders in Catholic higher education published the so-called “Land O’ Lakes Statement,” a declaration of independence made on behalf of Catholic colleges from the oversight of, and from influence by, the Holy See, local bishops, and the magisterium of the Church. The ostensible reason for it was that the Church was seen by its secular counterparts as retrograde and sluggish in producing scholars and statesmen of international recognition. That is, Notre Dame, the school whose president, Father Theodore Hesburgh, led the signatories, was not yet Harvard, Yale, or Princeton. A petitio principii if there ever was one, for why should Notre Dame have wanted to be one of those schools, which were all in the very quick process of abandoning most of their classical and Christian heritage?

We know, of course, what was at issue here. It was a preemptive strike against what Pope Paul VI would issue in 1968, namely the encyclical Humanae vitae. For the business of contraception, abortion, fornication, and every other sexual sin for which there is a name was on the table for reconsideration. A mere ten years later, the authors of Human Sexuality: New Directions in American Catholic Thought (1977), would find it somewhat difficult even to condemn sexual activity with animals, let alone anything else that human beings might do, so long as they did it with the appropriate funny internal flutter (if I may adapt Frank Sheed’s wonderful phrase), a flutter of love, whatever love is, and mutuality, and sincerity, and a peanut butter and jelly sandwich.

I bring the matter up, because one of the signers at Land O’ Lakes was the now disgraced Theodore Cardinal McCarrick, at that time the president of the Catholic University of Puerto Rico. McCarrick was also one of the main movers in Dallas in 2002, when the United States Conference of Catholic Bishops twisted themselves into pretzels so as not to bring up the staggeringly plain facts of the clergy sex scandal. That is, more than four-fifths of the victims were boys, and most of those boys were big kids, not little kids – big enough to resist the advances of a grown man. They were seduced, not overcome by sheer physical force. That, as I’ve said elsewhere, does not make the deed less miserable. In a crucial way it makes it worse, because the boys were inveigled into cooperation with their own defilement, and so they could never say that they had no part in it.

Read more at the Newman Society