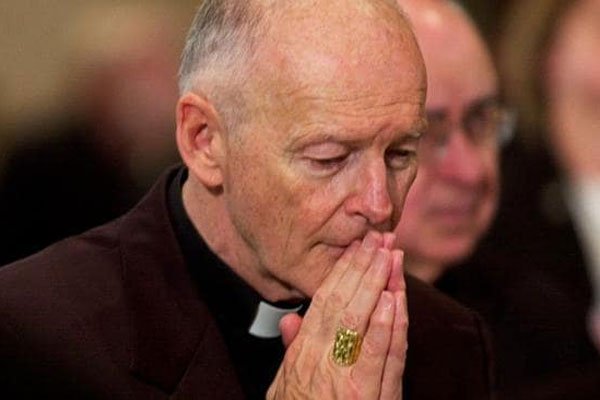 The other shoe has fallen for Cardinal McCarrick and he has been forced to resign from the College of Cardinals. That the resignation took this long is itself another scandal. But, to make the situation perfectly clear — McCarrick’s resignation is not the ending; it marks the beginning of a painful period of self-examination by the bishops of their own role in keeping McCarrick’s secret.

The laity should have an active role in the process of finding out what was ‘common knowledge’ to so many in the Church and the media that never impeded McCarrick’s rise to prominence as Cardinal Archbishop of Washington, D.C.

Readers probably already know the sordid details of his demise, but what makes those details so startling is that McCarrick took the leading position during 2002 in drafting a new sexual abuse policy for the bishops.

Yes, the man who was chosen to formulate the official response to the abuse scandal, himself was an abuser. If that suggests to you there’s corruption in our Church, you are not alone. No doubt many, if not most, of the bishops who convened in the 2002 Dallas meeting knew that McCarrick had abused seminarians and young priests.

Yet, the bishops sat there and said nothing while McCarrick held court on how to put an end to sexual abuse in the priesthood. The 2002 meeting, far from instigating much-needed healing in the Church, allowed the process to become a mockery of what was called for — true confession and repentance.

The bishops’ hypocrisy in allowing McCarrick to play such an important was bound to be made known. The revelation has brought the Catholic laity to a tipping point. Catholic commentators, like Marjorie Murphy Campbell in the pages of TCR and EWTN’s ‘The World Over’ with Raymond Arroyo, have made it clear that nothing less than total transparency from the bishops will be tolerated.

Read more at The Christian Review