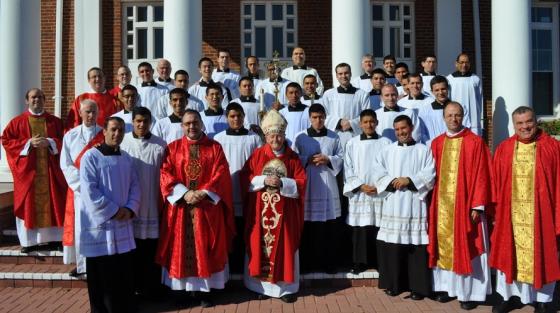 Cardinal Theodore McCarrick is reported to have lived alongside a Maryland house of formation for members of a religious order whose founder has faced Vatican charges of sexual misconduct.

St. John Baptist de la Salle is located in Chillum, Md., adjacent to Washington, D.C. The parish is staffed by the Institute of the Incarnate Word (IVE), and the property serves as the headquarters of the community’s Province of the Immaculate Conception.

The Institute of the Incarnate Word was founded in 1984 in Argentina by Fr. Carlos Miguel Buela. In 2016, the Vatican affirmed the veracity of allegations that Buela engaged in sexual improprieties with adult seminarians of his community.

Buela, who retired in 2010, was forbidden by the Vatican from contact with members of the IVE, and from appearing in public.

In addition to the church building, the Maryland property includes two additional buildings, one of which is Ven. Fulton Sheen Seminary. The seminary forms men aspiring to be priests of the IVE, and opened in 1998. According to its website, the seminary currently houses 41 men in formation.

The third building, perhaps where the cardinal stayed, was not visible in a Google Street View Image dated July 2009, but had been constructed by May 2012.

Sources told CNA that Cardinal McCarrick lived with the IVE community at St. John Baptist de la Salle during his retirement, after residing for a period at the Redemptoris Mater Seminary of the Archdiocese of Washington.