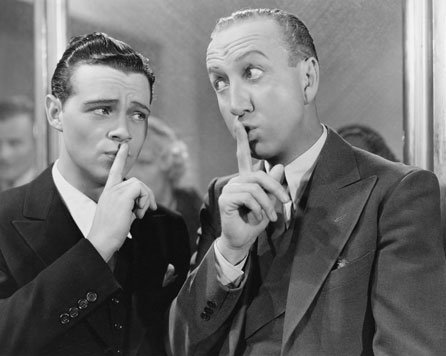 Yesterday Fr James Martin had an anguished piece at America magazine asking how the McCarrick affair could have happened. Why was it covered up? Why wasn’t it reported?

He gives some good answers: the young men were ashamed of what happened. They did report it but were ignored. They were afraid their careers would be ended. They were gay, and in the priesthood all of that is covered up.

No doubt Fr Martin’s explanations are part of the analysis, but I think there is a deeper problem in the way the church works which is even more profound and even more rarely discussed.

To explain what I mean I’d like to relate the situation in an Evangelical Protestant college of which I have had some experience. The faculty and staff members of this college were given very low salaries. However, everything was provided for them. They had a house on campus. They and their family had all food provided in the dining hall. There was a hospital on campus for health care. They were promised retirement care to the end of life. Their low salary was simply pocket money. They didn’t need anything else. Besides they were told, they were “serving the Lord”. They were missionaries living by faith.

For many people this sounds idyllic. The academic world is very competitive and if you were in the fine arts or academia such an arrangement would seem like meal ticket for life.

However, the price you paid was that you were expected to be completely loyal to the college. Furthermore, if you started to feel uncomfortable or wanted out you realized that through their provision of everything you had actually become dependent. The low salary meant you had no savings. Your academic degree from the institution turned out to be worthless on the outside world because the college was proudly non accredited.

If you reached middle age and wanted to move on you suddenly realized you had put all your eggs in one basket. Your low salary meant you had no savings. Because you were depending on the college for your retirement provision there had never been payment into an independent pension plan. Besides, now you were in middle age and it was getting too late to re train for a new career and you had been in the sheltered world of that little college campus. So how were you going to make it outside?

What I am describing might be called the indentured servitude of religious sects. It happens because the initial offer seems so attractive, but when it goes sour it goes very sour.

It is very difficult for me to say this, but the Catholic religious orders and the Catholic priesthood very often operate with this same dynamic. A military style of leadership is there from the earliest formation: if you are a priest or religious the deal is the same as that Protestant college – You give us everything. We look after you.

On the surface it sounds great.

But there is a profound, underlying problem. It breeds dependency and that dependency too often nurtures immaturity and stunted growth as a person. The individual working within this dynamic is terrified of rocking the boat. They will not speak up and blow the whistle. They have seen what happens to those who do. They are scapegoated, persecuted and excluded.

In the college I am referring to, if you rocked the boat you were branded as “rebellious” or “a trouble maker”. The same thing happens among the Catholic clergy.

When the culture of dependency develops among the troops it then feeds itself. The dependent troops increasingly become worker bees–drones–cogs in the great machine. Their creativity is stunted, their vision is blinkered, their ideas are suppressed because the machine does not want imagination, creativity, initiative or independence.  The machine wants dependability, hard work and above all–loyalty…because the only thing worse than the enemy on the outside of the little fortress is the enemy within.

Then who emerges as the leaders? Not people with drive, imagination, vision and creativity, but individuals who are groomed for leadership from among those who are already the insiders. The leaders who are abusive, domineering and manipulative choose other men who are abusive, domineering and manipulative and no wonder they watch each others’ backs, circle the wagons and keep control. That’s how they’re wired.

Bishops and other church leaders? To whom are they accountable? No one, and they operate within a closed, self supporting circle. No wonder they cover up for each other.

While observing all this I should add that I do not believe most of the abuse and the dysfunctional dynamic is intentional. The powerful men don’t see themselves as abusers. They see themselves as protectors and providers and the total loyalty they demand is only the just response from those in their employ.

So why did so many people keep mum about Uncle Ted? For the same reason the folks in that college –although they were intelligent, well educated, capable adults–kept quiet. The ones who had the get up and go had already got up and gone. The ones with the guts to tell the truth to power had already either been quashed or took off.