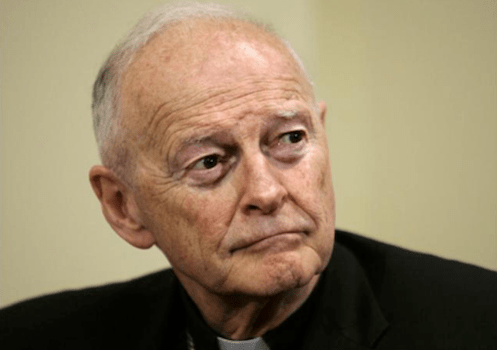 Cardinal Theodore E. McCarrick, the former archbishop of Washington and a prominent Roman Catholic voice in international and public policy, has been removed from ministry after an investigation found credible allegations that he sexually abused a teenager 47 years ago while serving as a priest in New York.

The news comes at a time when Pope Francis has endeavored to overcome criticism that he has turned a blind eye to child sexual abuse by clergy in Chile and elsewhere. The New York Archdiocese said in a statement that the Vatican was informed and involved in the investigation into Cardinal McCarrick, and that the cardinal has ceased his public ministry “at the direction of Pope Francis.”

Cardinal McCarrick, 87, said in a statement that he was innocent, but that he cooperated with the process and accepted the Vatican’s decision.

“While I have absolutely no recollection of this reported abuse, and believe in my innocence,” his statement said, “I am sorry for the pain the person who brought the charges has gone through, as well as for the scandal such charges cause our people.”