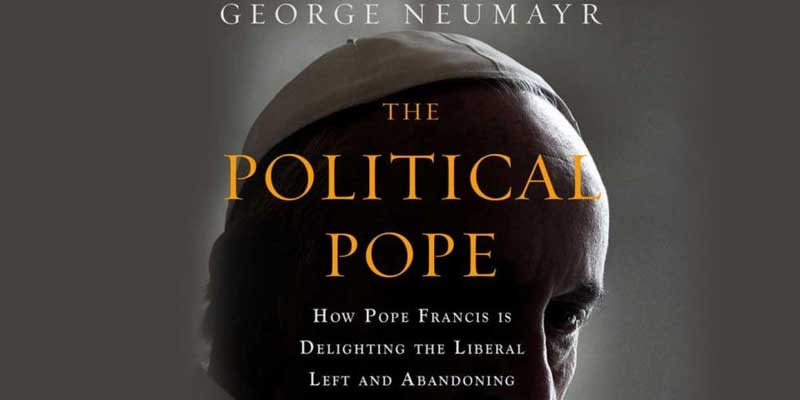 EDITOR’S NOTE: The opinions expressed in the following conversation are those of the book’s author and do not necessarily reflect the opinions of LifeSiteNews.

Maike Hickson: Throughout your book, you make references to Pope Francis’ relationship with communism or with certain communists in particular. Could you describe for us in general his attitude toward communism?

George Neumayr: He tends to speak of communism in benign terms. He told the Italian press that he wasn’t “offended” if people call him a communist since he has “met many Marxists in my life who are good people.” Another time he said, “I must say that communists have stolen our flag,” because “the flag of the poor is Christian.” Past popes, who recognized the power of communism to enslave the poor, would have found such comments very puzzling.

GN: Hardline leftists used to say that they dreamed of a world without popes. But now they gush about Pope Francis. The radical academic Cornel West summed up the reason why: “I love who he is, in terms of what he says, and the impact of his words on progressive forces around the world.”

In other words, Pope Francis has turned the Vatican into a bully pulpit for the left’s favorite causes, including: open borders, gun control, climate-change activism, the abolition of the death penalty and lifetime imprisonment, and the socialism of central planners.

This is why the 1960s radical Tom Hayden said his election “was more miraculous, if you will, than the rise of Barack Obama.”

MH: Which prominent communists has Pope Francis publicly praised during his pontificate? Could you give us names and their backgrounds?

GN: As I describe in the book, he rolled out the red carpet for Raul Castro, which flabbergasted Cubans who have suffered under the heel of his communist thuggery. Castro was so thrilled by the pope’s support and his tributes to government-run economies that he declared, “If you continue talking like this … I will return to the Catholic Church. I am not joking. I may convert again to Catholicism, even though I am a communist.”

MH: Who of his closest advisers has a socialist worldview?

GN: They all lean in that direction, but one of the loudest socialists around him is the Honduran Cardinal whom he elevated to secretary of his council of cardinals – Cardinal Óscar Rodríguez Maradiaga. It came out through the WikiLeaks disclosures that Maradiaga has been working with George Soros operatives to promote socialism in the Church. Pope Francis used the strident socialist Leonardo Boff, a disgraced liberation theologian from Brazil who left the priesthood, as an adviser when drafting his environmentalist encyclical Laudato Si. Boff says Francis asked to see his plans for the promotion of world government through the UN.