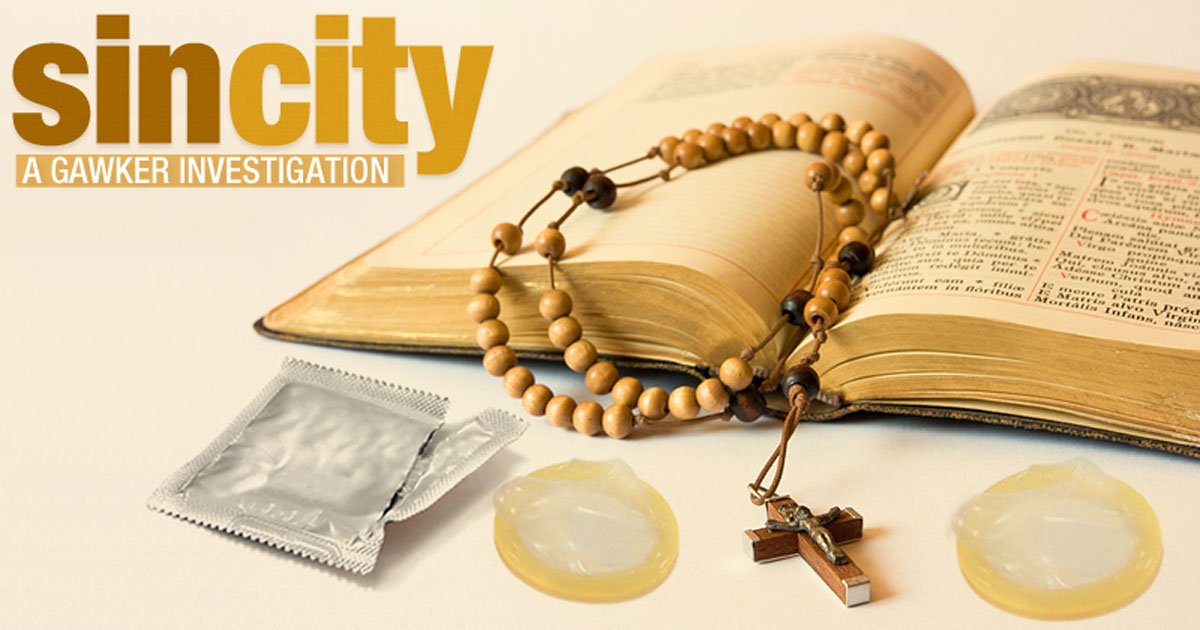 John C. Favalora is a sallow old man who looks like the corpse of Dom DeLuise. He likes attractive young men to sit on his lap and allegedly treats them to trips in the Florida Keys. He was, until recently, part owner of a company that makes “all natural” boner-inducing beverages. He’s also the Archbishop Emeritus of Miami.

Favalora, who was the most powerful Catholic official in Southern Florida from 1994 until last year, stands accused of cultivating what one group of pissed-off Catholics describes as a corrupt “homosexual superculture” in the 195 churches, schools, missions, seminaries, and universities that constitute the Miami Archdiocese. If their allegations are to be believed, for sixteen years Favalora ran his organization like the don of a lavender mob, rewarding his favorite homosexual sons and forgiving their many indiscretions—rampant sex, hedonism, embezzlement, alcoholism, and the railroading of chaste priests among them—while punishing those with the temerity to complain. Wanton hedonistic gay sex is of course unobjectionable—even encouraged!—among those not in thrall to the idea that God hates your penis. But for the 500-or-so priests and deacons charged by The Holy Father Pope Benedict XVI with ensuring the spiritual integrity of 1.3 million of God’s children in Southern Florida, it’s…unorthodox.

Favalora’s accusers are loosely organized under the name “Christifidelis,” and in 2005 they undertook an extensive investigation of priestly misbehavior in the Archdiocese. They now believe their findings resulted in Archbishop Favalora’s sacking last year, and his replacement by a manly, conservative workaholic named Thomas Wenski. The leader of Christifidelis, an attorney named Sharon Bourassa, declined to comment for this story. But it hardly matters. Christifidelis’s exertions on behalf of Mother Church are recorded in an enormous, binder-bound document entitled “Miami Vice: A Preliminary Report on the Financial, Spiritual, and Sexual Improprieties of the Clergy of the Miami Archdiocese.” Today, for the first time, Gawker is releasing portions of it to the public.