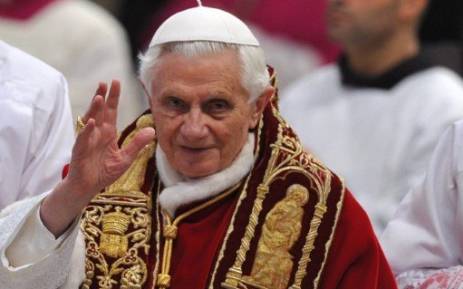 Your Holiness, I, Richard Sipe, approach you reluctantly to speak about the problem of sexual abuse by priests and bishops in the United States, but I am encouraged and prompted by the directive of Vatican II, Lumen Gentium, Chapter IV, No. 37. “By reason of knowledge, competence…the laity are empowered—indeed sometimes obliged—to manifest their opinion on those things that pertain to the good of the Church.” And also moved by your heartfelt demonstration of concern for victims on your recent visit to the United States I bring to your attention a dimension of the crisis not yet addressed. It is closer to the systemic center of the problem and one most difficult for you to address.

As the crisis of sexual abuse of our children and vulnerable adults by priests and bishops in the United States is unfolding, the dynamics of this dysfunction are becoming painfully clear.

This sexual aberration is not generated from the bottom up – that is only from unsuitable candidates – but from the top down – that is from the sexual behaviors of superiors, even bishops and cardinals.

The problem facing us in the American church is systemic. I will present Your Holiness with only a few examples:

Bishop Thomas Lyons, now deceased, who was an Auxiliary in the Archdiocese of Washington D.C. groomed, seduced, and sexually abused a boy from the time he was seven years old until he was 17. When that boy grew into manhood he in turn abused his own child and young relatives. When I asked him about his actions he said to me, “I thought it was natural. Father (Lyons) told me a priest showed him this when he was growing up.” A pattern was perpetuated for at least four generations.

Abbot John Eidenschink of St. John’s Abbey, Collegeville, Minnesota sexually abused some of his young monks during confession and spiritual direction. He admitted this behavior in regard to two of the monks I interviewed. They described the behavior in disturbingly graphic detail. Older monks that I interviewed told me that they knew that John’s Novice Master was inappropriately affectionate with him during his two years as a novice. More than a dozen of the monks of this monastery have been credibly accused of abuse of minors while Abbot Eidenschink was promoted to President of his Monastic Congregation, the American Cassinese.

While I was Adjunct Professor at a Pontifical Seminary, St. Mary’s Baltimore (1972-1984) a number of seminarians came to me with concerns about the behavior of Theodore E. McCarrick, then bishop of Metuchen, New Jersey. It has been widely known for several decades that Bishop/Archbishop now Cardinal Theodore E. McCarrick took seminarians and young priests to a shore home in New Jersey, sites in New York, and other places and slept with some of them. He established a coterie of young seminarians and priests that he encouraged to call him “Uncle Ted.” I have his correspondence where he referred to these men as being “cousins” with each other.

Catholic journalist Matt C. Abbott already featured the statements of two priests (2005) and one ex-priest (2006) about McCarrick. All three were “in the know” and aware of the Cardinal McCarrick’s activities in the same mode as I had heard at the seminary. None of these reporters, as far as Abbott knew, had sexual contact with the cardinal in the infamous sleepovers, but one had first hand reports from a seminarian/priest who did share a bed and received cards and letters from McCarrick. The modus operendi is similar to the documents and letters I have received from a priest who describes in detail McCarrick’s sexual advances and personal activity. At least one prominent journalist at the Boston Globewas aware of McCarrick from his investigation of another priest, but until now legal documentation has not been available. And even at this point the complete story cannot be published because priest reporters are afraid of reprisals.

Your Holiness, you must seek out and listen to these stories, as I have from many priests about their seduction by highly placed clerics, and the dire consequences in their lives that does end with personal distress.

I know the names of at least four priests who have had sexual encounters with Cardinal McCarrick. I have documents and letters that record the first hand testimony and eye witness accounts of McCarrick, then archbishop of Newark, New Jersey actually having sex with a priest, and at other times subjecting a priest to unwanted sexual advances.

Your Holiness, you must seek out and listen to the stories, as I have from many priests about their seduction by highly placed clerics, and the dire consequences in their lives that does end in their victimization alone.

Such behavior fosters confusion and makes celibacy problematic for seminarians and priests. This abuse paves the way for them to pass the tradition on — to have sex with each other and even with minors.

The pattern and practice of priests in positions of responsibility for the training of men for the priesthood — rectors, confessors, spiritual directors, novice masters, and other clergy — who have sexual relations with seminarians and other priests is rampant in the Catholic Church in the United States. I have reviewed hundreds of documents that record just such behavior and interviewed scores of priests who have suffered from this activity. Priests, sexually active in the above manner have frequently been appointed by the Vatican to be ordained bishops or even created cardinals.

I approach Your Holiness with due reverence, but with the same intensity that motivated Peter Damian to lay out before your predecessor, Pope Leo IX, a description of the condition of the clergy during his time. The problems he spoke of are similar and as great now in the United States as they were then in Rome. If Your Holiness requests I will submit to you personally documentation of that about which I have spoken.

Your Holiness, I submit this to you with urgent concern for our Church, especially for the young and our clergy.